Why does the Moon look different throughout the month?

The Moon has "phases." That means it looks a little different to us each night during its one-month orbit of our planet. We describe how the Moon looks with terms such as "Full Moon," "First Quarter," and "New Moon" (which we can't really see, because the side that is lit faces away from us).
The Moon has no light of its own. Moonlight is sunlight bouncing off the Moon's surface. As the Moon orbits Earth, the Sun lights up whatever side of the Moon is facing it. To the Sun, it's always a full Moon! If you were looking down upon Earth and its Moon from way out in space over the North Pole, you would see a Moon that looked like one of these: 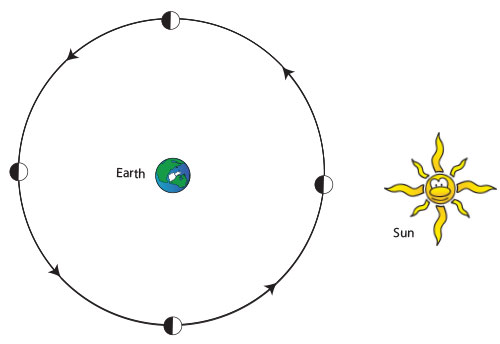 But we see the Moon from the center of its orbit. So we see different portions of the lit side of the Moon. 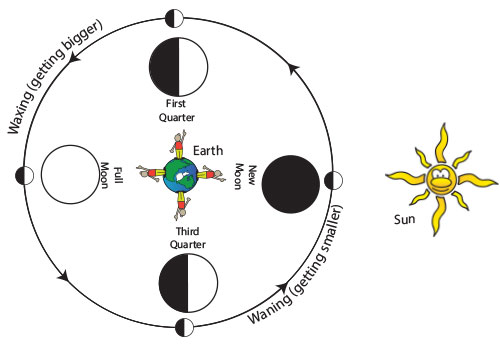